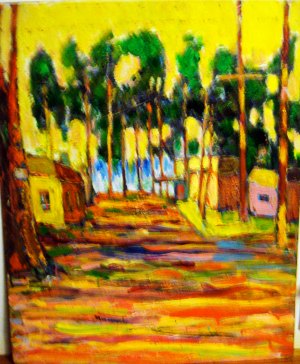 (Dec. 2012)  The number of vaccines, recommended by the CDC for infants in the first year of life, has increased from 15 in 1990 to 26 in 2007. The intent of this immunization schedule is to protect our children from disease, but may inadvertantly be harming them.

Though each vaccine has been proven safe in clinical trials, no studies have been conducted to determine the safety of combined vaccinations. Consider that, during a single “well-baby” visit, a combination of 8 vaccines may be given, though this combination has never been tested for safety. Millions of infants receive multiple vaccines annually, so it is imperative to have toxicity data on vaccine combinations. The current immunization schedule may be convenient for parents, but seems to be highly inconvenient for their children.

There may be several factors involved in adverse reactions to multiple vaccinations, including genetics, prior illness, vaccine quality, sensitivity to a vaccine component, or concommitent drug administration, such as Tylenol. Regardless, the data suggest that the combination of toxicity from multiple vaccinations undermines the fragile defenses of young children, whose brains are still developing.

All vaccines are inherently toxic, due to their very nature. Typically, they are weakened or killed forms of infectious agents. There are also other noxious materials in vaccines, added to stimulate a strong immune response or preserve the preparations. Perhaps one dose is not enough to cause much harm, but a battery of doses can push the child’s defenses to the brink.

Vaccines produce oxidative stress, and may overwhelm antioxidant defenses. Since Tylenol can do the same, it is unwise to give such medications to alleviate fever from vaccines, as is commonly recommended. In Cuba, where Tylenol is not allowed, they have a whopping 300-fold lower incidence of autism than in the United States. Their immunization schedule is also less invasive: they provide close to the same number of vaccines as in the U.S., but spread them out over six years, versus 2 years in the U.S.

The take home message is not to avoid all vaccinations (although the need for some is debatable). Rather, as a parent, you should work with your pediatrician to protract the scheduling of vaccines, so as not to expose your child to overwhelming toxicity. Also, avoid the use of Tylenol to reduce vaccine-related fever. Finally, bone up on antioxidants from fruits and vegetables (which will fortify breast milk), or consider taking antioxidant supplements like vitamin C, and N-acetyl-cysteine (NAC). Consider even adding them to baby formula. The recent addition of lutein and omega-3s to baby formula may also help. Babies also need antioxidant minerals, like selenium and zinc, which are obtained in a multivitamin or multi-mineral formula. These are the ultimate protectors against disease and death caused by infectius diseases and modern medicine.