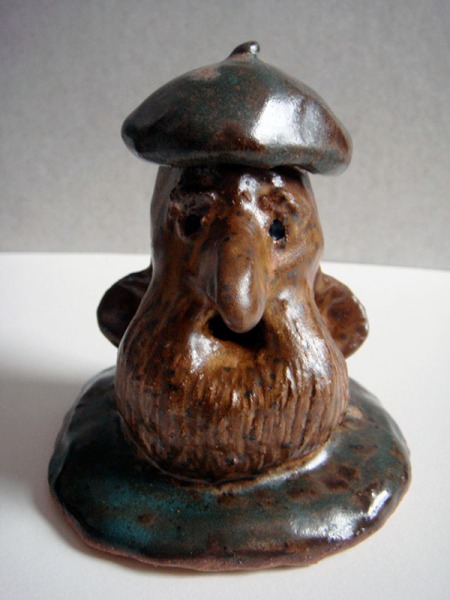 Today, seniors are living longer but not necessarily healthier lives. With baby boomers fast approaching maturity, the question of why some people age gracefully, while others labor through their later years, has become a subject of national interest. Advances in healthcare keep us alive much longer than in the past but do not necessarily promote health. Rising obesity, particularly in the elderly, exacerbates the problem. Lack of exercise, poor diet, and cumulative frailties conspire to impair quality of life and add to healthcare costs.

With the US healthcare system still focused on treatment rather than prevention, the costs and burdens of disease are mounting. However, new data suggest that the infirmities of old age – memory loss, vision loss, bone loss, increasing aches and pains, diabetes, heart disease and cancer – are preventable. An emerging paradigm, one which emphasizes wellness, can have a profound impact on the quality of life and the economics of health care.

New scientific insight is helping to explain what getting old really means. Apparently a number of factors contribute to aging. Genetic predisposition plays a role, but is not necessarily the main factor. Stress, environment, nutrition, lifestyle and immunity also affect longevity and the quality of life.

Aging can be viewed from a number of theoretical angles. A wear-and-tear theory sees aging as overuse and abuse, a wearing down by environmental and dietary toxins, and by physical and emotional stresses, which are progressively less tolerated as we get older.

Neuroendocrine theories focus on the complex network of biochemicals that control hormone release, where altered production of one hormone may influence the whole system. For example, malfunction of the pituitary gland and hypothalamus in the brain could affect sexual, metabolic and cognitive function. Defects in insulin metabolism, the system which controls tissue uptake of nutrients, can cause inflammation, with far-reaching systemic effects.

The Case for Prevention

It has become increasingly clear that some aspects of aging are more easily amended than others. While genetic predisposition to disease is largely immutable, succumbing to disease is not written in stone, and can be influenced by lifestyle. Certainly there is much to gain from healthy living and eating well. Such a regimen must include not only an exercise program and a positive outlook, but also sound nutritional support. Health and longevity require knowledge and discipline on multiple levels.

Good nutrition results largely from eating good food. However, regarding some nutrients and certain at-risk populations, it is not so straightforward. Some nutrients are harder to come by, especially for those with increased requirements. In these cases, nutritional supplementation with vitamins and minerals is warranted.

Health planning should begin early; waiting until mid-life to make changes will not pay maximal dividends. The deleterious effects that culminate in Alzheimer’s disease begin decades before becoming noticeable. Many diseases, such as diabetes, have inflammatory components that lurk for years before manifesting. Some diseases allow little recourse, but others will respond to changing lifestyles, the earlier the better. It is often possible to restore health completely with radical lifestyle changes.

Many chronic illnesses can be traced to a lack of essential or beneficial nutrients. These include vitamins, minerals, antioxidants, fatty acids, fiber and herbs. A deficiency in essential minerals is common in developed countries, particularly among the elderly.  Many of these nutrients protect against excess free-radical oxidative damage and promote maintenance and repair. Supplements also help prevent waste build-up in tissues that trigger chronic conditions, such as dementia and cardiovascular disease.

Dementia is one of the more refractory public health problems among the elderly. Beneficial effects of several nutrients⎯particularly trace elements⎯on cognitive function have been borne out in numerous clinical studies. One recent study showed a positive correlation between cognitive function and serum levels of four trace elements⎯selenium, cobalt, iron and chromium (Cr), while a negative correlation was observed with copper and aluminum.

A popular and controversial topic in medicine today, the Metabolic Syndrome, refers to a set of troublesome conditions brought on by the ravages of modern life: stress, lack of exercise and sleep, and poor diet. Diagnostic signs and symptoms include an elevation of several of the following: triglycerides, cholesterol, blood pressure, blood sugar and central obesity. Older patients are at a greater risk for hypertension, obesity and type 2 diabetes than is the general population. Chronic dysfunction of several hormones (e.g., insulin, cortisol, thyroid hormone) often fuels the metabolic disorder.

Insulin, the master storage hormone, is often at the center of action. Its function is to remove excessive levels of sugar and lipids from the blood, and route them to the tissues where they are needed. The sugar rush from high glycemic foods and large meals spikes insulin levels. Without required micronutrients, the body eventually becomes resistant to insulin action. There are no visible symptoms of insulin resistance, although sufferers often feel fatigued, irritable, and moody and may experience carbohydrate cravings. Excess belly fat is one indicator of insulin dysfunction.

A key mechanism of accelerated aging related to insulin resistance is glycation. It is a process wherein unregulated blood sugar sticks to proteins, thereby damaging tissues and enzymes. Glycation generates free radicals that dramatically accelerate wrinkling and other more serious diseases, such as arthritis, diabetes, Alzheimer’s disease and kidney failure.

Beyond social security, the most fundamental security is to provide the body with nutrients needed for health and longevity. The list of nutrients for healthy living is comprehensive. In an ideal world, all these nutrients would come from food. However, in many cases, nutrient supplementation is warranted. Some vitamins and minerals are hard to come by, and their absence can contribute greatly to diseases such as diabetes, dementia, depression, cancer and heart disease.

2 thoughts on “Metabolic Aging  and Nutrition”